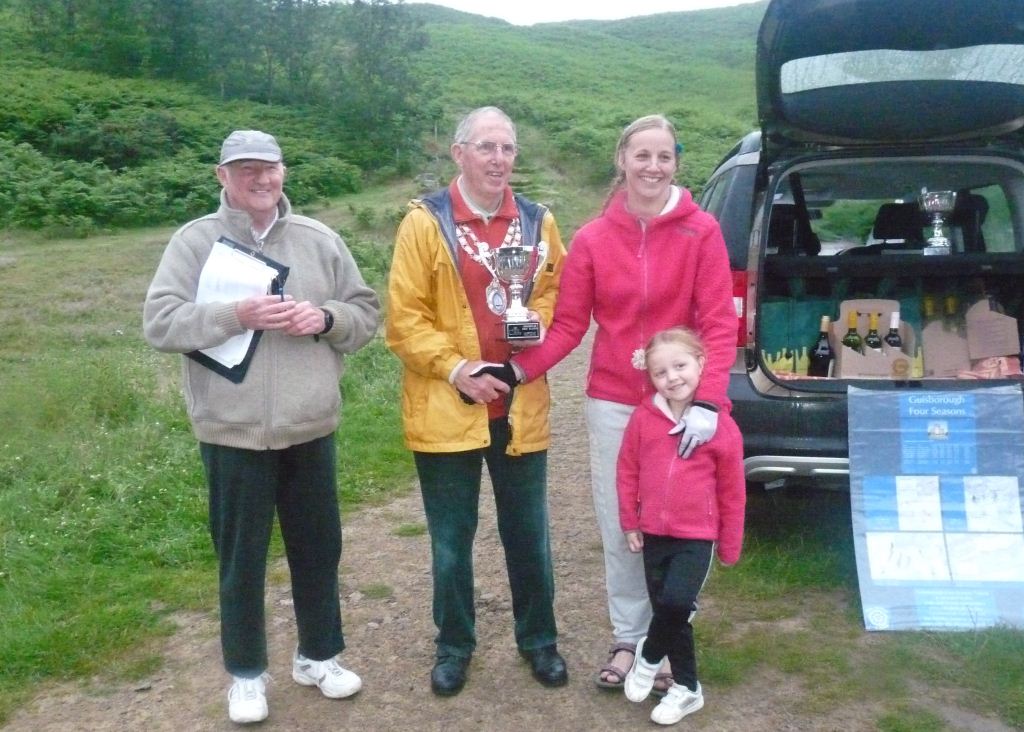 Shelli Gordon accompanied by her daughter Isla is presented with the trophy by the Mayor of Guisborough, Councillor Mike Kilby

The Guisborough Four Seasons trophy is awarded to the male and female competitors  who complete all the four Guisborough Fell Races in the NEHRA Summer and Winter Series with the shortest cumulative overall time. The races include, Guisborough Moors Races, Guisborough Grunt +, Guisborough Three Tops and the Guisborough Woods Race. Shelli Gordon was 1st in 304 minutes with Kath Aspin 2nd in 318 minutes.