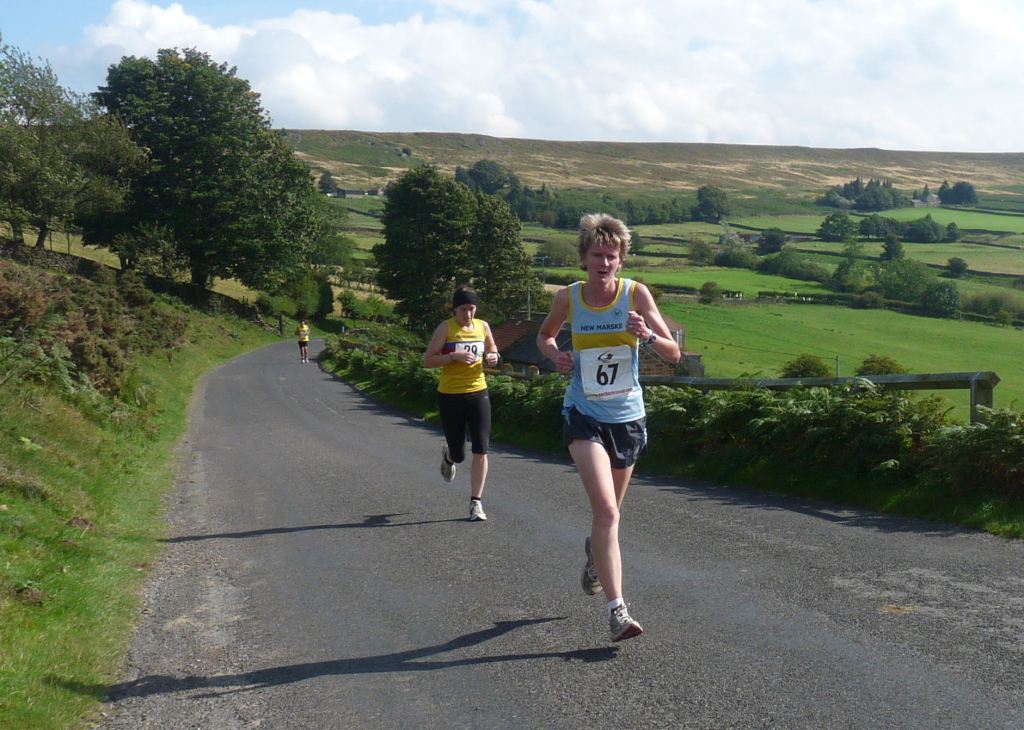 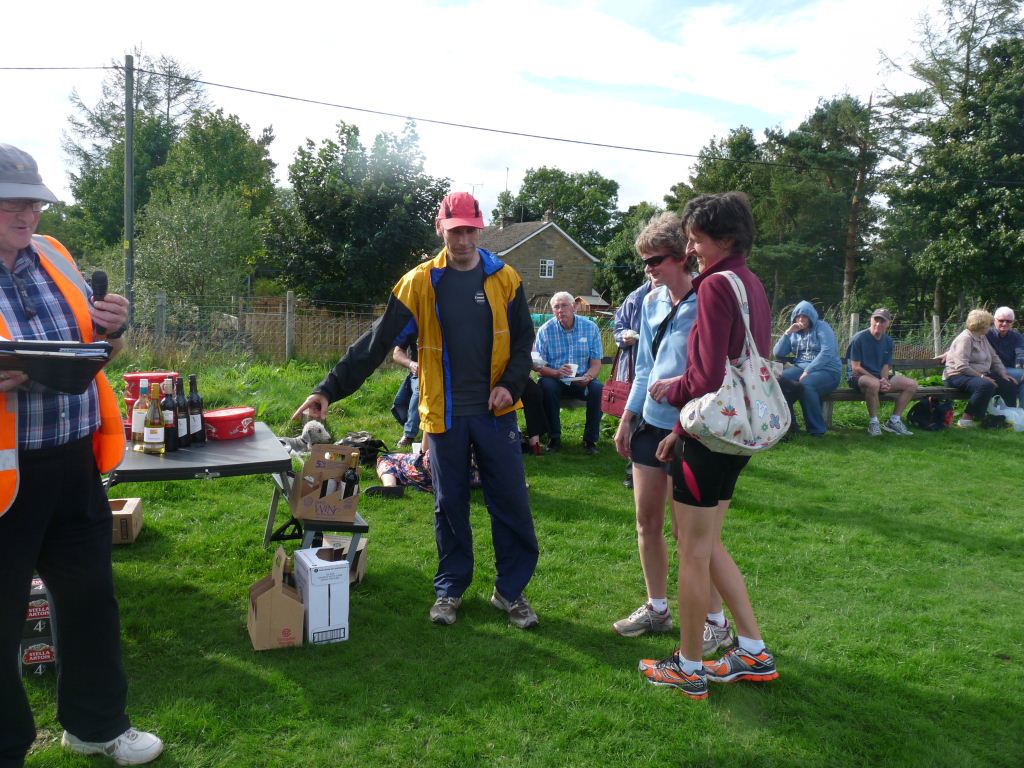 New Marske ladies took away the team prize in the warm and windy Castleton Show Race.  The sun came out just before the race to produce a warm race for the third year running.   A quick drive around the course reminded us of the number of hills in this race, and made me glad that I had made the decision to take the photos rather than run.  In the men’s race Drew Inglis went out perhaps a little too fast followed by  Victor Brudenell  from NYMAC.  Victor caught him up, had a 10m lead by the 8.5k mark and managed to hold out to the end with a 1 second victory.  Times were significantly slower than last year due to the wind.  Kath Aspin was first Harrier home in 22nd, 2nd lady, Shelli Gordon still feeling the effects of her good run in the Ben Nevis Fell Race came 26th, 4th lady, Roger Moore 27th, David Heath 29th, Mark Steventon 41st , Mary Dryden 44th,9th lady and Colin Scolley looking for inspiration to be competitive coming in 57th.   In the junior race Rebecca Aspin was 1st girl collecting an imposing trophy.  Also having good runs in the junior race were Thomas Aspin 2nd boy and Imogen Guest.   Imogen  went on to have a storming win for New Marske in the Sack Race with her sister Molly coming close behind. 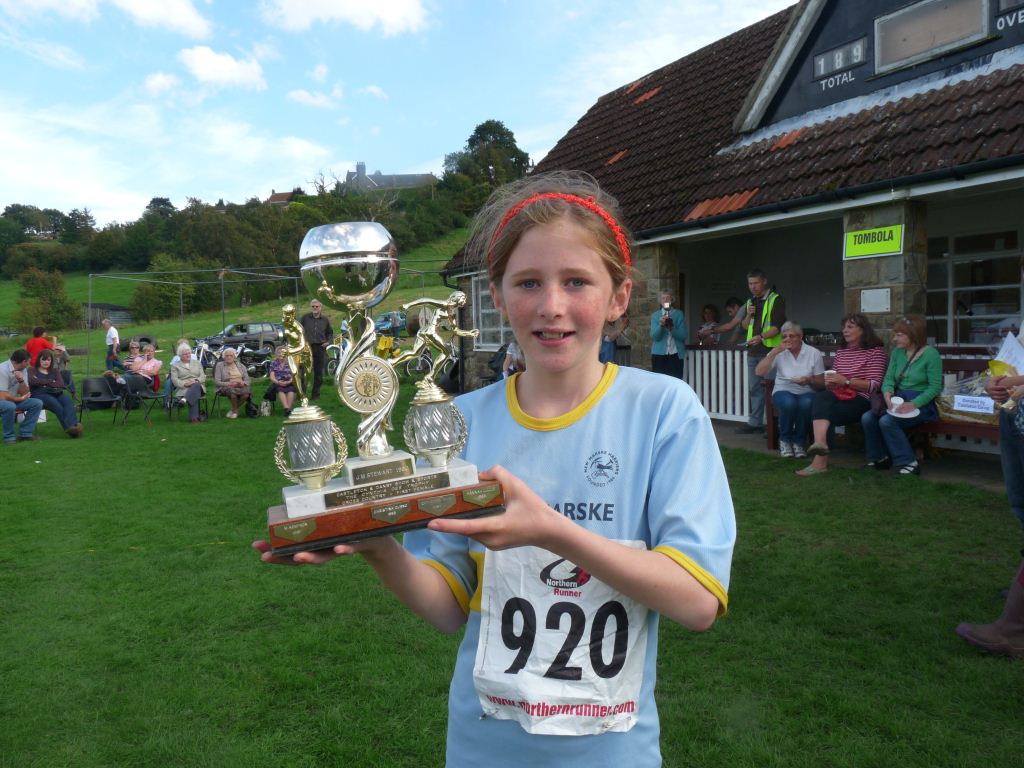 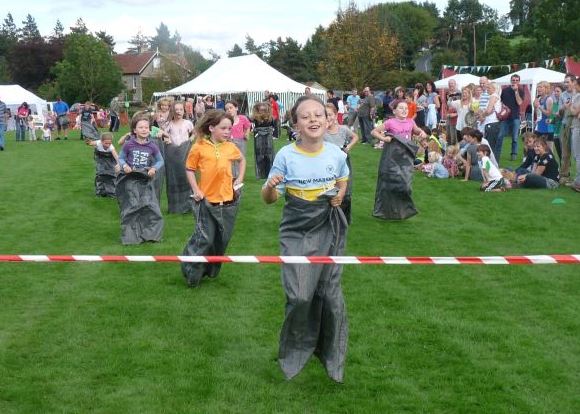