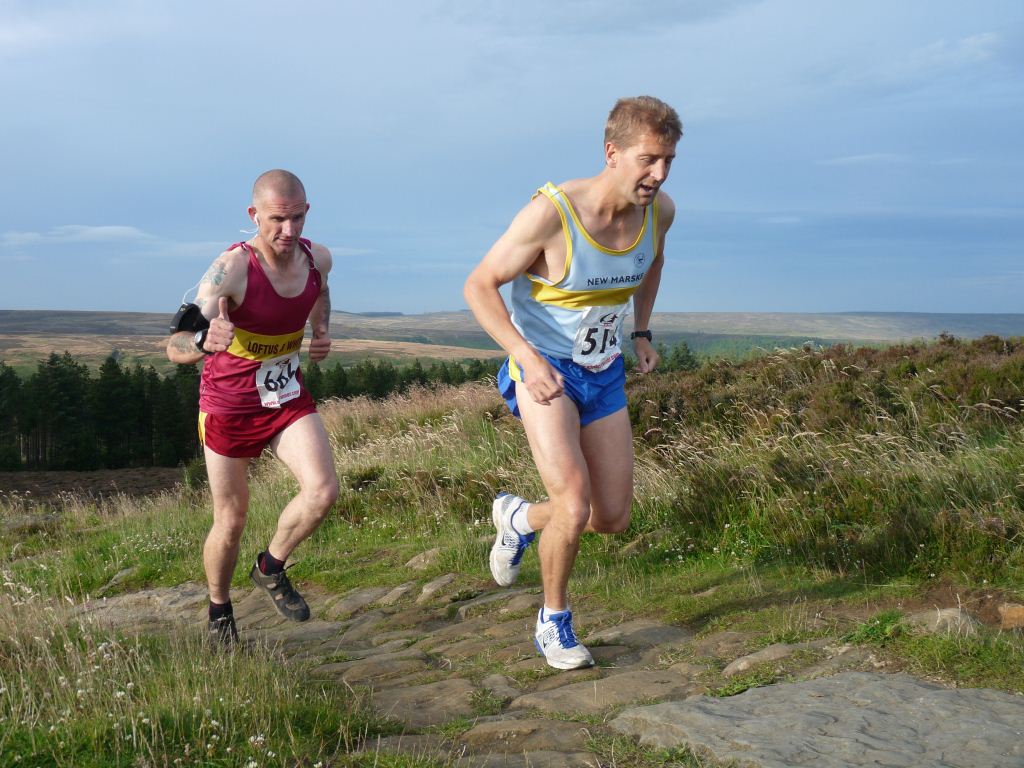 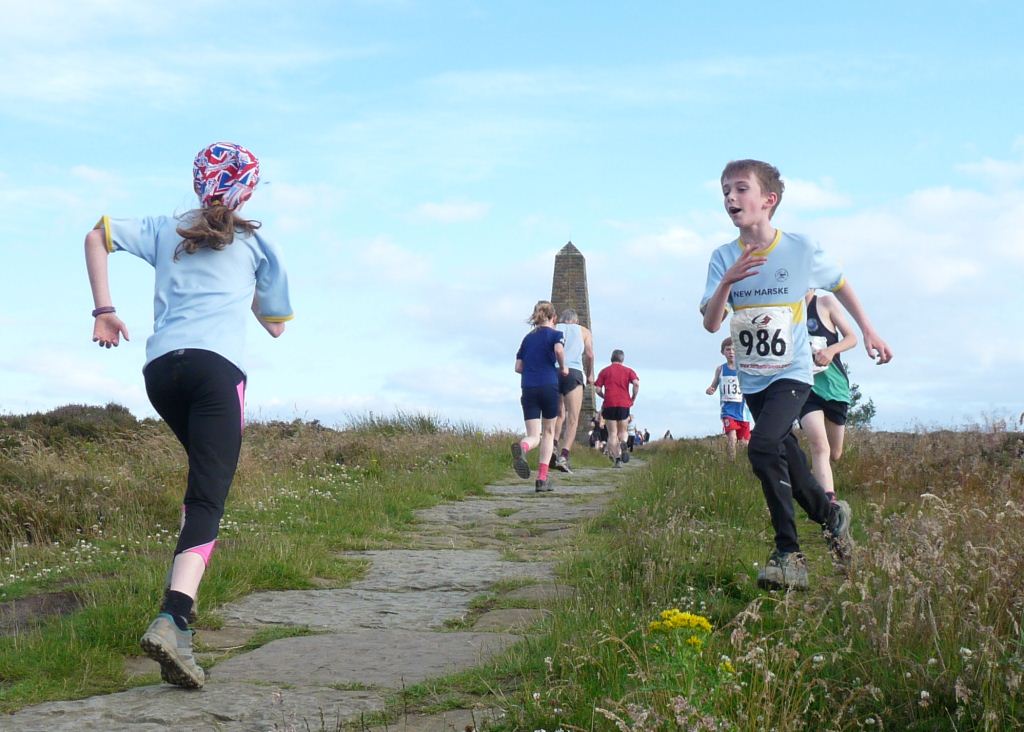 Jim Bulman streaked ahead of the field to record his 3rd victory of the summer series beating Paul Butler by nearly 3 minutes. Following his decent of Roseberry Topping (see video), Jim came face to face with 3rd place Nic Barber who was yet to climb Roseberry. In the ladies race Catherine Williamson (Loftus) also recorded her 3rd victory of the series. Nicola Kent and Kay Neesam had a good battle and were together as they arrived at RT. Nicola pulled away on the decent and the following ascent to come 2nd with Kay 3rd.   Shelli Gordon and Kath Aspin also had a good battle throughout the race switching places on a number of occasions. In the final mile Kath overtook Shelli, but Shelli’s superior downhill speed brought her home in 4th with Kath close behind in 5th. New Marske ladies clinched the team prize with their close packing, 3rd, 4th & 5th.   New Marske juniors were out in force again in the junior race to the monument and back. Thomas Aspin, Katie Thornton and Rebecca Aspin all had good runs.   Mike Smith followed in Shelli and Kath and found the going tough on his return to action. Also running were David Heath 47th, Ronnie Sherwood 1st M70, Nick O’Grady 73rd. New Marske men came 3rd in the team competition.   Next Race is the Guisborough Grunt on the 15th August.