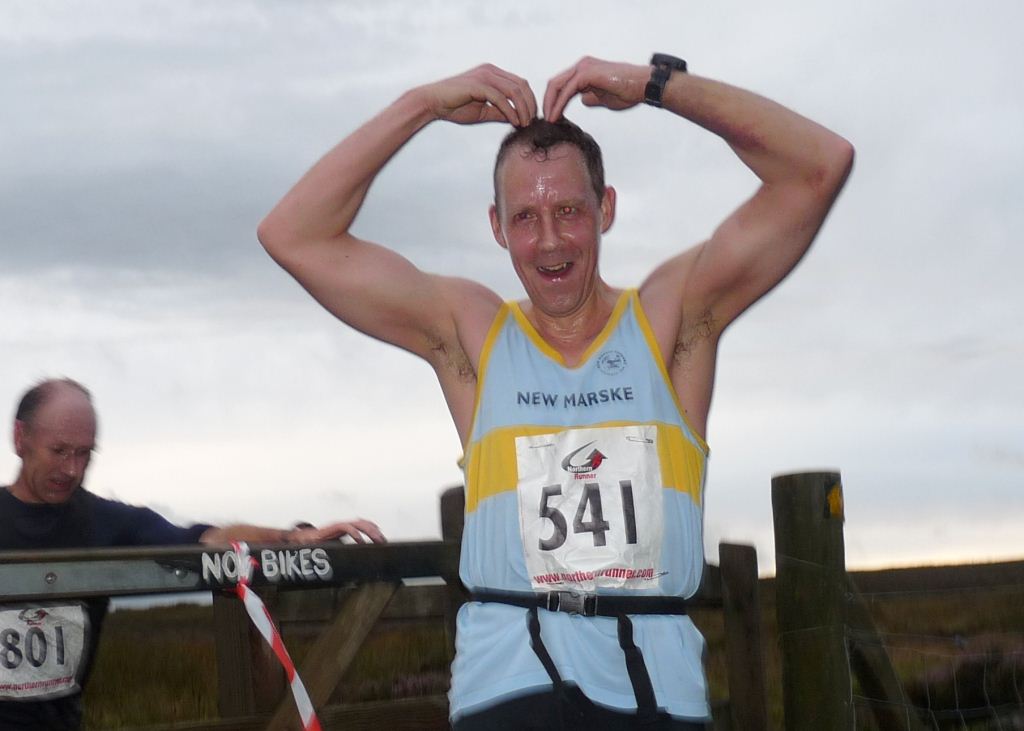 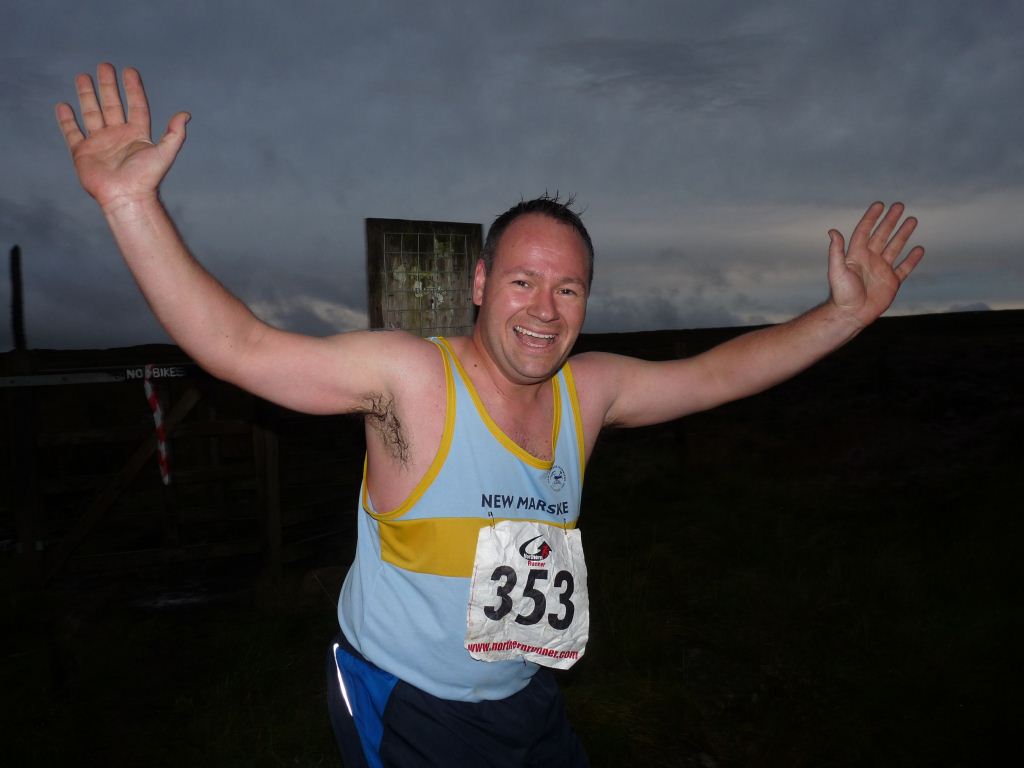 A torrential rain storm 15 minutes before the start drenched the runners as they jogged to the start at the top of Belmongate.   Fortunately it stopped as quick as it had started and the cags were removed before the race. Over on a break from his base in Norway, International Orienteer Matt Speake set the pace along with Jim Bulman. The leading bunch split early on and a couple of leading runners missed the well marked turn up Green Hill, not realising in time to get back in the race and dropping out. Matt, expertly thumbing his map pulled away from Jim and won by about a minute with Paul Butler (Loftus) in 3rd 40 seconds behind. In the ladies race Loftus put out a strong team with Cath Williamson winning and coming 5th overall. Nicola Kent (Loftus) thought she had the better of Shelli Gordon holding about a 30 second lead coming off the moor, but Shelli’s superior downhill skills produced an exciting sprint finish with Shelli claiming 2nd, 1 second in front of Nicola. Caitlin Webb-Ellis confirmed the Team win for Loftus in 4th with Kath Aspin 5th. Also running were David Heath, Nick O’Grady, Mick McGurk, Ronnie Sherwood, Joel Coombes & Colin Scollay. New Marske Ladies hold a slender 1 point lead over Thirsk in the series team competition.