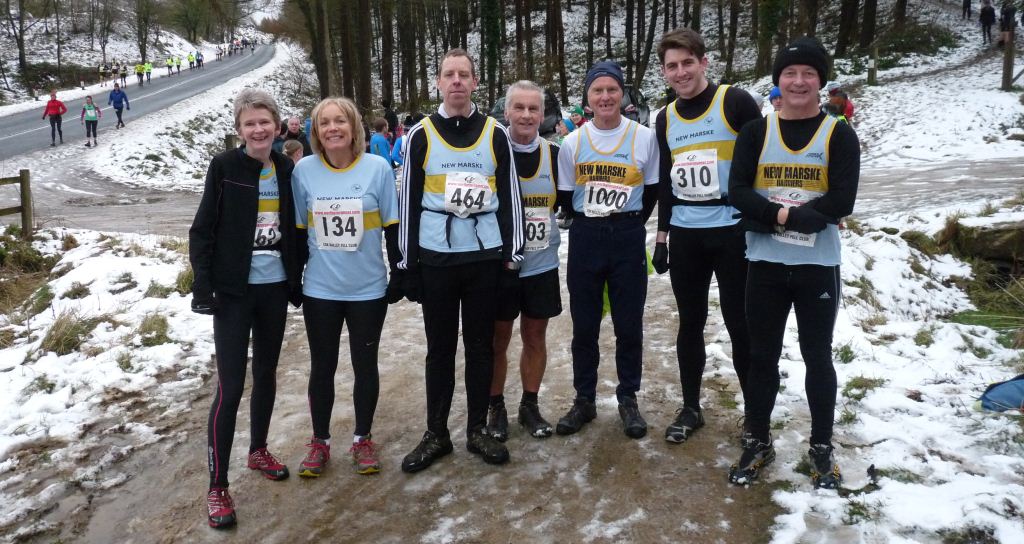 It was a day that appeared very wintery with snow, ice and cold winds but most runners came in at the finish claiming to be warm and some overheated!   After a gentle start the runners had a 320m climb that took them from the base of Broughton Woods to the summit close to Wain Stones. Having thought the hardest bit was over, they then had to contend with knee deep snow drifts and muddy bridleways.  In the men’s race, Ewan Brown won after a battle with Jayson Cavill with Will Horlsey in third.  Ben Thompson was the first  male Harrier back, coming a superb 48th in his debut fell race. The ladies race was dominated by New Marske Harriers with Kay Neesam, Shelli Gordon and Kath Aspin gaining a 1, 2, 3 to claim the team prize.   In the junior fell races there were wins for Sam Garratt, Thomas Aspin & Katie Thornton all of New Marske Harriers. 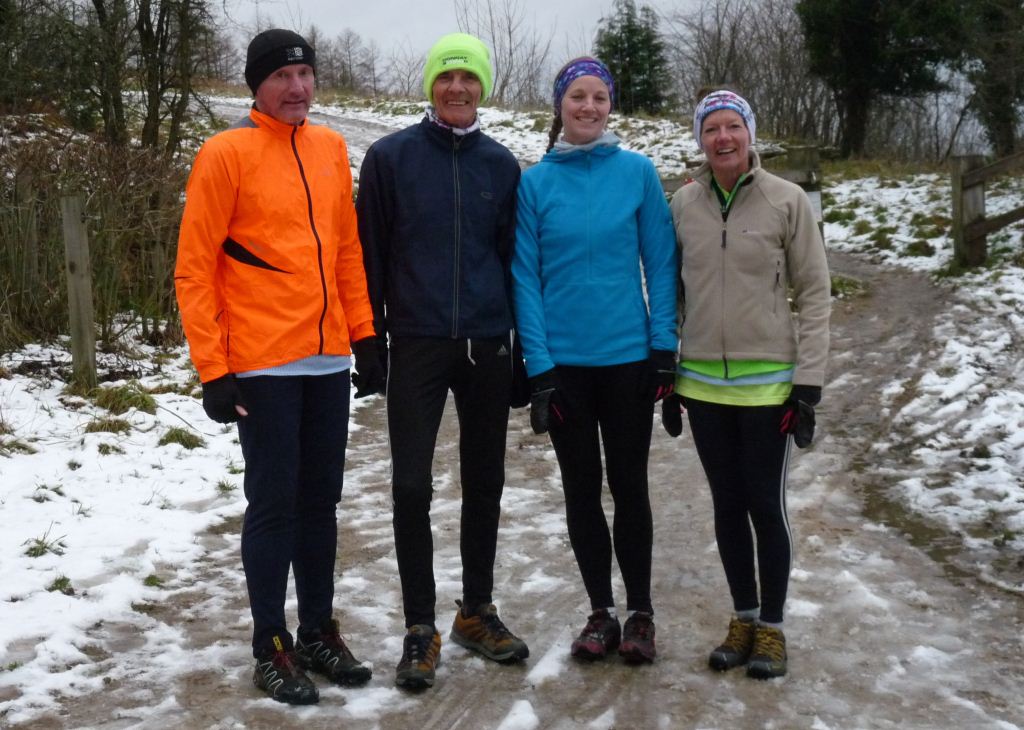 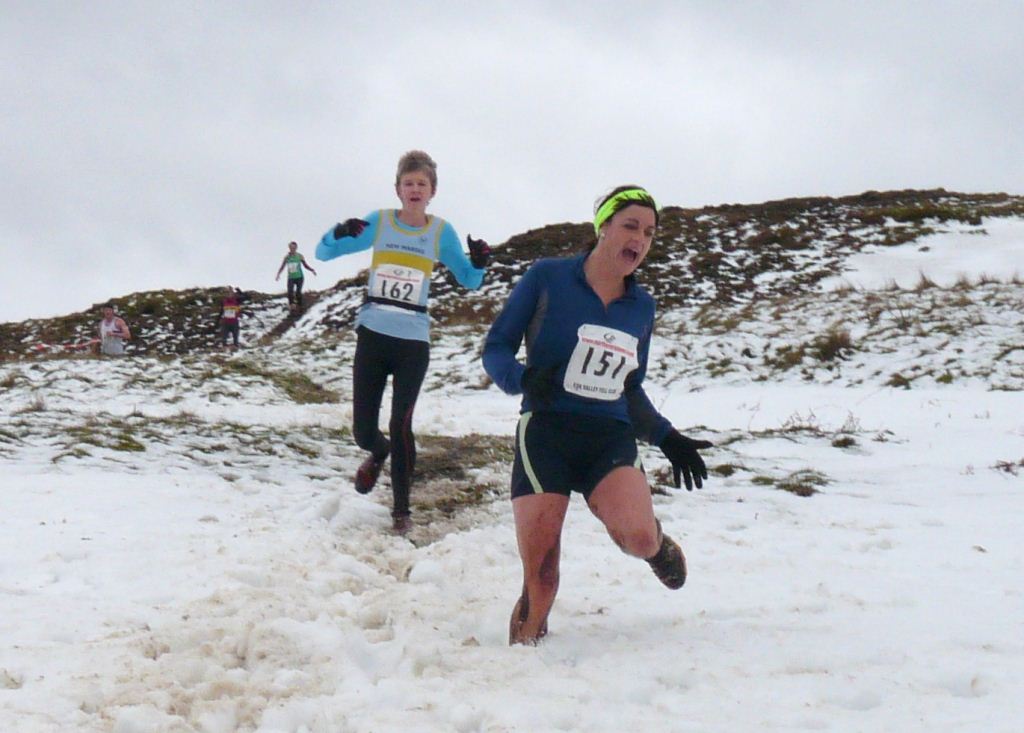