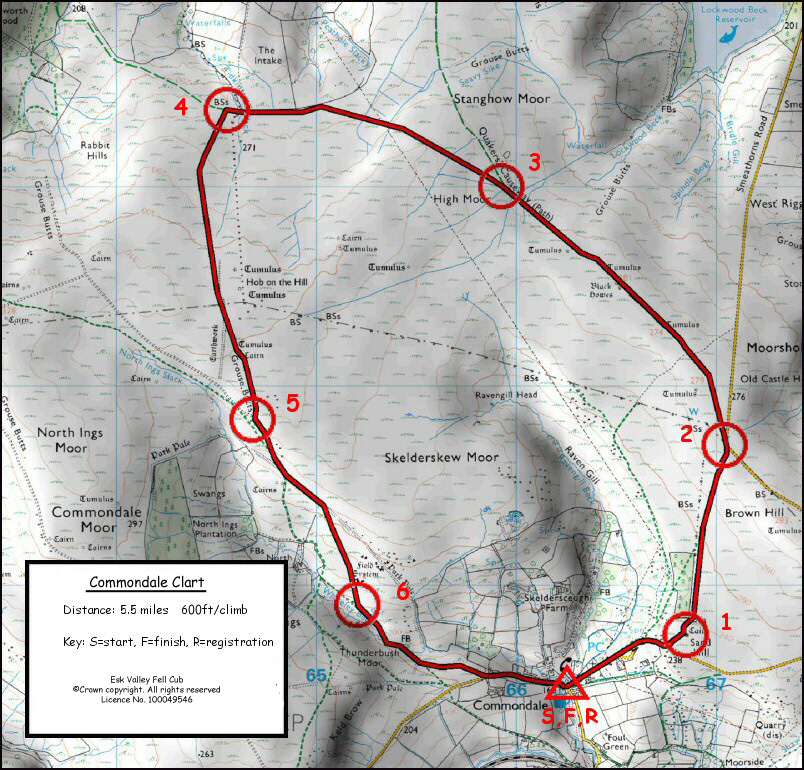 An interesting race with fantastic weather for this time of year. Despite two other local  events nearly 130 runners turned up to contest the 'Clart.' The course had dried out a lot in the last few days to regain it's clart status, otherwise it would have been wading in your wellies.  Kay Neesam, following her good run in the Relays the day before, took her chance to take the lead and win after the leading group took a wrong turn.  Lisa Bennett has another good run in her second fell race to come third (1st v40) and along with Kay and Helen Whitney won the ladies team prize. Ben Thompson also in his second fell race cam home a creditalble 33rd as he adapts to this form of racing.  Ronnie Sherwood was 1st v70, Sue Rowell 2nd female open,  Phil Miles 2nd v70 and Fiona Shovlin 3rd female open. Good to see so many new runners out representing New Marske this year.