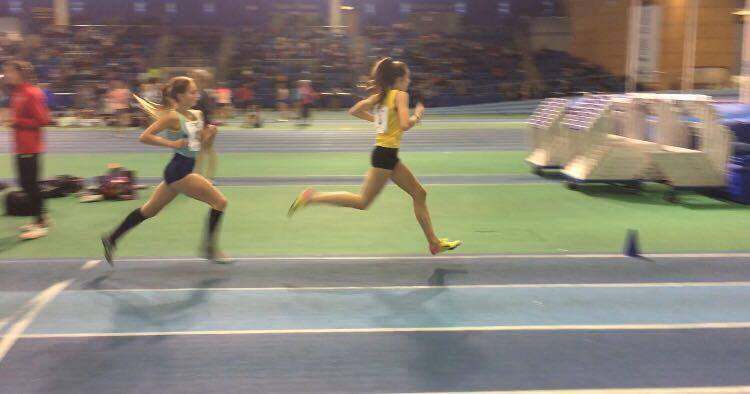 As a photo finish operator you see a large number of races but do not often have the opportunity to watch one.

At Sheffield on Saturday 2nd December I was privileged to watch Charlotte Bennett provide a superbly executed performance in a 600m indoor race. Off the start she looked strong and appeared to be in second position as they came off the stager but was jostled by the bigger members of the field in to fourth place. Rounding the second bend Charlotte started to fight her way back up the field, having to take the long way round the next two bends to pass the leader. In the second lap she pushed the lead out to about 10m. Down the back straight for the final time the girl in second pushed for the line and caught Charlotte on the home straight. I was not able to watch the finish as my job in the event was to capture the finish on the photofinish system. Reviewing the photo finish image Charlotte came second.

I would like to congratulate Charlotte on an excellently executed run against strong opposition.