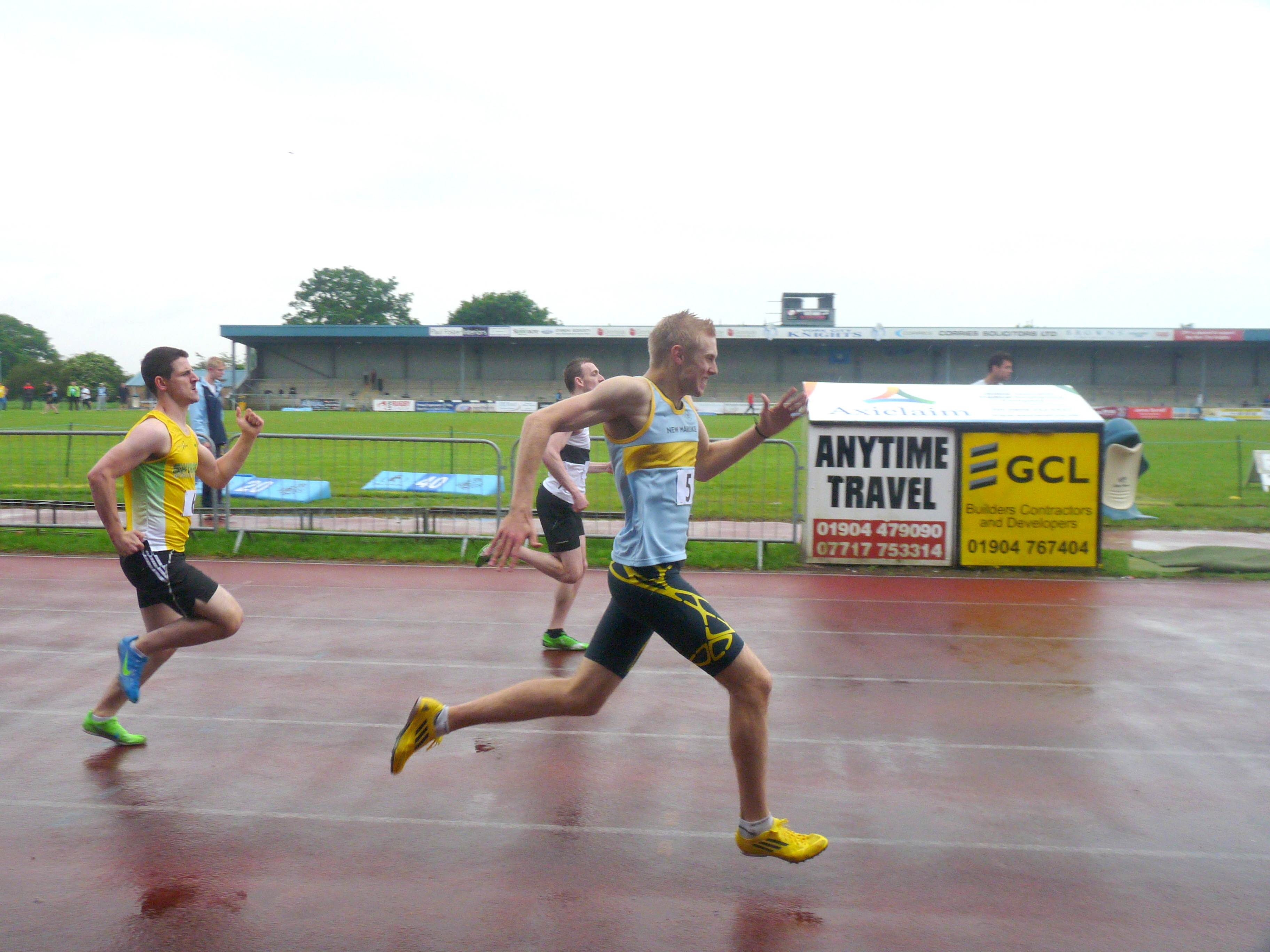 New Marske’s second meeting of the Northern Track & Field League took place at a rain sodden City of York track in conditions more suitable for ducks.    The highlight of the meeting was the men’s 5000m, it was a tactical game of cat and mouse, fast laps, slow laps, an effort from 1600m out then a slow down followed by a burn-up in the final 400m.  Middlesbrough & Cleveland’s Greg Jayasuira came 1st with New Marske’s Nasir Hussain 2nd five seconds behind.  Paul Darroch making his track debut for New Marske came home a fine 5th.

Josh McMillan managed a PB in both the 1500m and Triple Jump. There were also PB’s for Stewart Hart in coming 3rd in the Hammer and Chris Wiles in the 400m.

It was another great team performance from New Marske, finishing one place higher than last time.

Any New Marske Harriers A/B athletes that need to be swapped let This email address is being protected from spambots. You need JavaScript enabled to view it. know asap