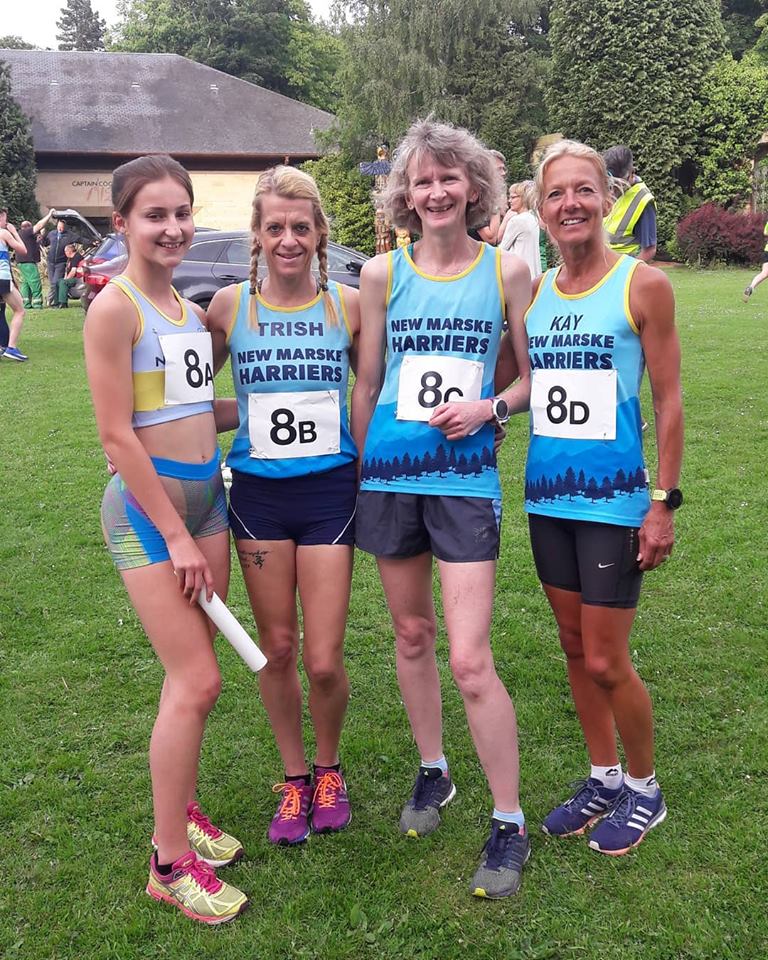 Another great evening at the sell out NYMAC 1 mile relays at Stewart Park.  Despite some late injuries New Marske managed to field 7 teams with everybody enjoying the run (once they had recovered!).   Close races in both the F160 and M200 categories with the ladies clinching the victory from Darlington Harriers on the final leg just 1 second outside the course record.  Only a 5 minute mile on the final leg from NYMACS Paul Lowe denied the M200 team 1st place and they came a creditable 2nd only 8 seconds outside the M200 course record. 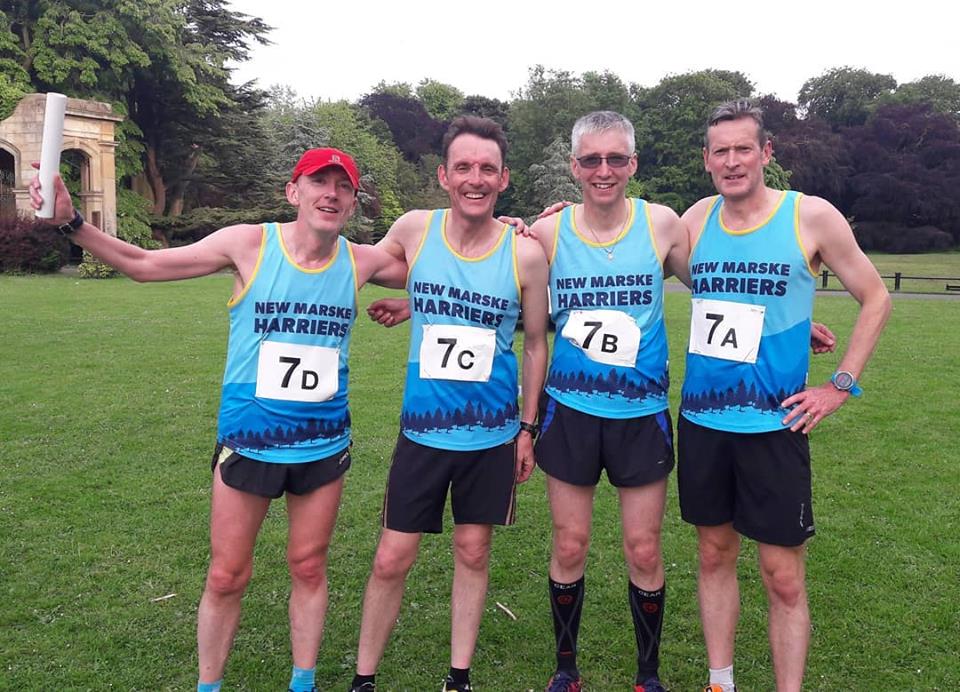 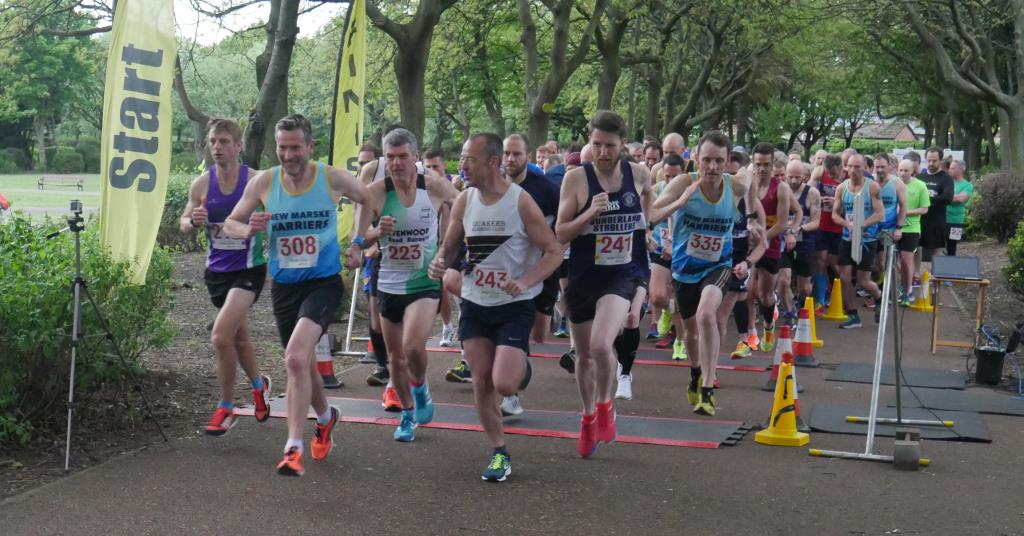 Another great night at Locke Park with everbody appearing to enjoy the race in slightly cooler conditions than recent races.  John Clifford & Josephine Stone were first across the line on the night and first prize goes to Lyne Valentine along with prizes to the top 25 age graded runners as detailed below. 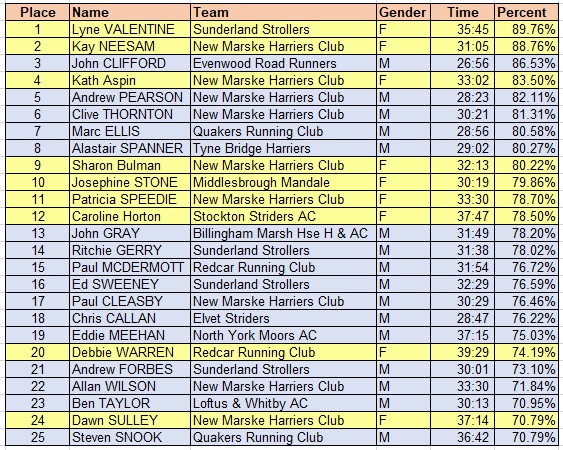 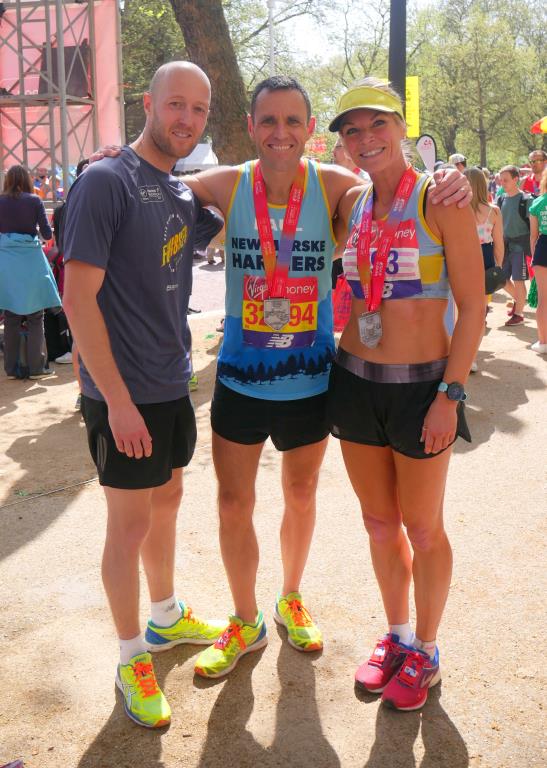 ‘London Marathon 2018 – hottest on record’  Not what most runners wanted to hear.  Do you stick to your target or re-evaluate your goals?  Looking at the splits of many North East Runners they decided to stick to their target and many of them payed the price.    There are exceptions and maybe some runners are just built to cope with the extreme conditions but for many it was just a case of getting to the finish.   This was my 5th London Marathon as a spectator and the first time I had seen so many Championship and Good For Age runners struggling so much early in the race and near the finish there were dozens of them walking.

There were still some great performances from New Marske, the results below show some great category results with 3 men sub 3 and 2 women sub 3:15 and whilst not a PB, Trish Speedie had some excellent splits, even speeding up over the last 7K. Well done to everyone.

Faced with an already crowded calendar, made worse by other events trying to arrange alternative dates following the weather on Sunday, we have decided to move this race to 28th October and replace the 10 Mile (only) race originally planned for that date.

Obviously those who who only want a 10 Mile race will still have one to run but it is also a chance still to  race the 20 miles, perhaps as a "go for it" race rather than a prep race for a spring marathon. 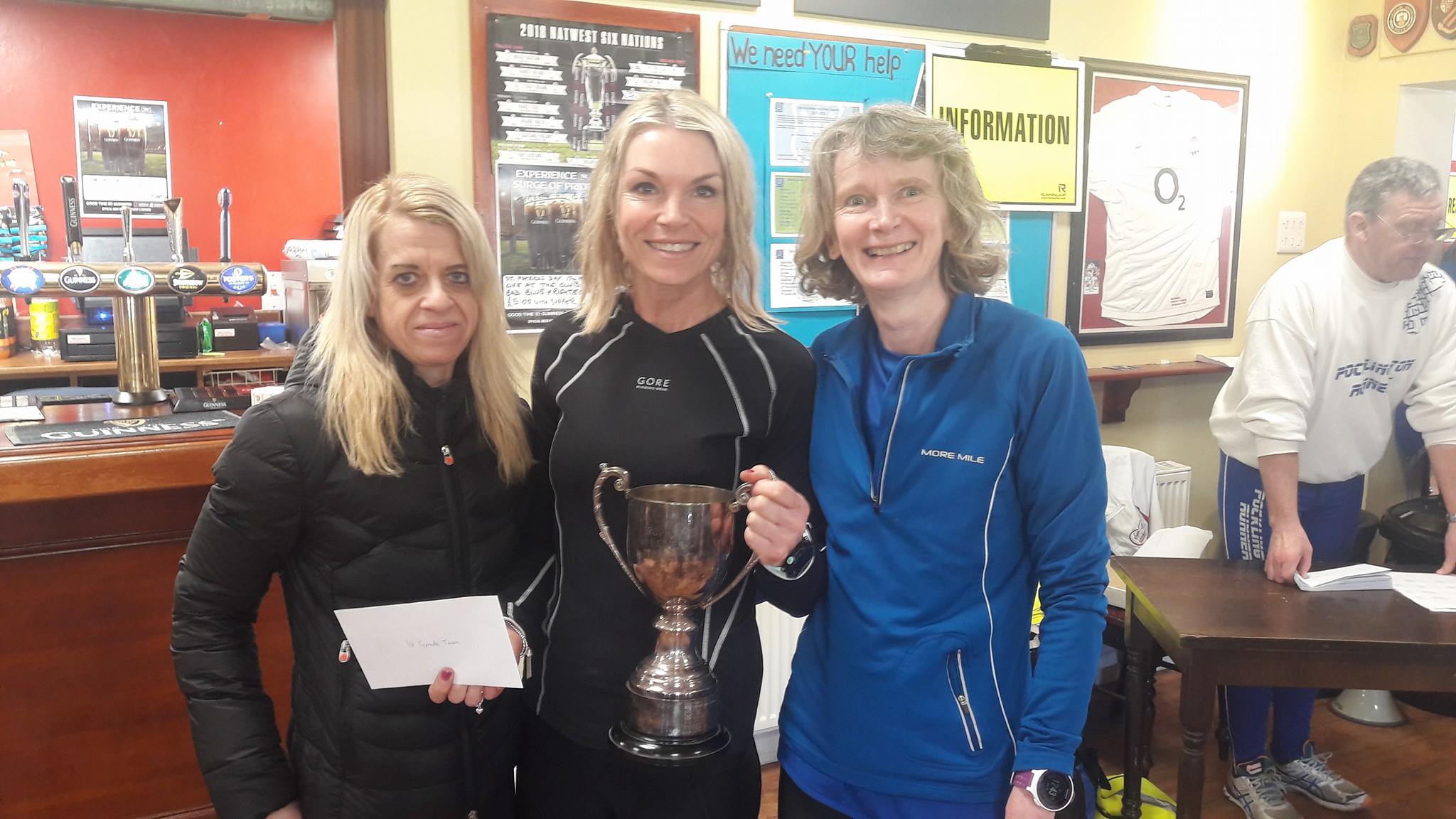 Another great day at the popular Snake Lane 10 mile race.  Nobody got anywhere near Ricky Stevensons long time course record but Andy Pearson had a great run to pick up the 2nd v45 prize in 58:29.  A head wind in the undulating final 2 1/2 miles made it a hard finish to the race impacting on times. 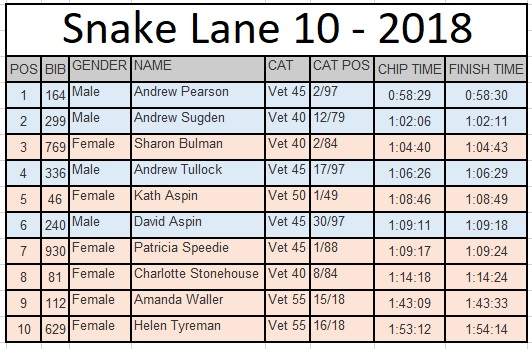